Windham Hills Thor A cornerstone of our herd, Thor is the foundation of our 100% Miniature Highland herd.  Born February 12, 2006, Thor is an orange brindle (red with 1 dilute gene and the brindle gene).  Thor has helped to shrink our foundation herd by 2-3” in his first generation.  We purchased Thor from a farm in Connecticut where he had been used as a heifer bull and had thrown very small calves out of full sized first calf heifers.  Thor measured in at 39” at age 4 and weighed 600 pounds.  At age 10, Thor measured 43” and weighed 850 pounds.  Both physically and genetically small, Thor’s first generation calves, out of our foundation cows, have weighed in at 30-45 pounds with the vast majority weighing in right around 35 pounds.  Thor’s second generation calves began hitting the ground in 2017 (bred back to his daughters) and we are thrilled with the results.  Thor’s second generation calves are weighing in at 20-35 pounds.  Thor’s retained calves are Lacey, Jenna, Bernese, Lassie, Ruby, Thunder, Ashley, Shasta, Gloria, Lilly, and Ashton 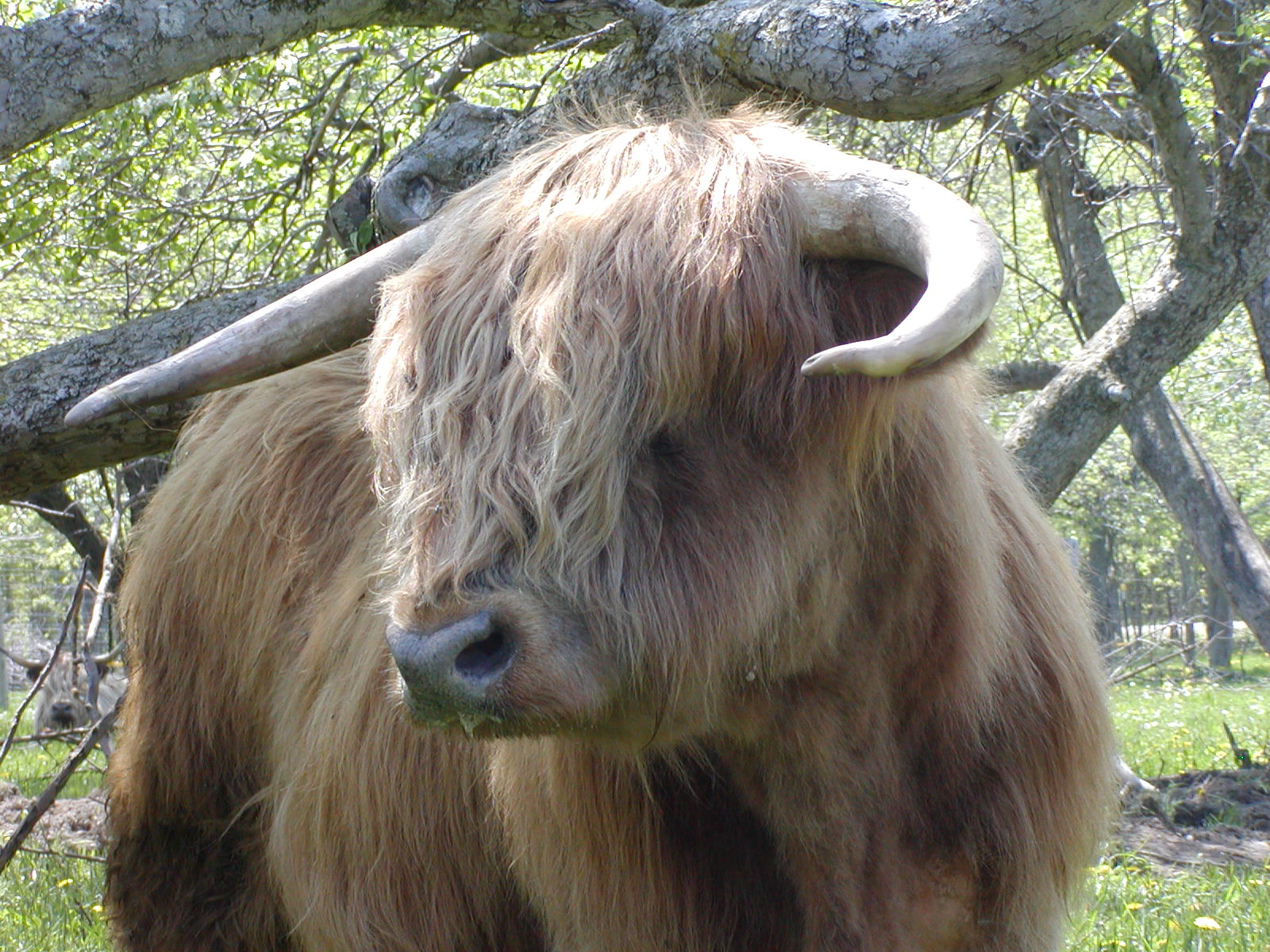 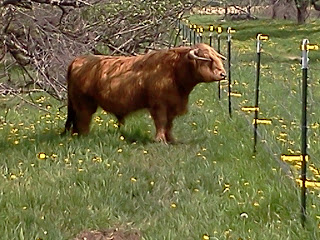 Lakeport MS Hank Reardon We intentionally bred our chondro carrier (dwarf) Dexter bull to some of our finest Highland cows in the effort to inject the Dexter dwarf gene into our miniature Highland breeding program.  The dwarf gene is dominant and is passed on to 50% of offspring, regardless of the breed/cross.  Hank is a dun 50% Highland, 50% Dexter (High-Dex) chondro (dwarf) bull.  Born July 8, 2011, Hank is out of Sabrina, sired by our favorite registered Dexter bull, Shamrock Mike (39" at age 13).  Dexters are a double coat breed, and they are an excellent cross to a Highland for preserving coat; while 50/50 High-Dex calves  often have fairly nice coats during their first winter, they typically lose most of their coat as they age.  Though Hank's mother, Sabrina, has an excellent coat with ample dossen, Hank doesn't have much more of a coat than a typical Dexter bull at the same age.  Though High-Dex crosses bred back to 100% Highlands make very nice calves, the 50/50 crosses really should not be referred to as "Miniature Highlands," as they will not have the characteristic hair of a real Highland.  Hank measured in at 37" at age 3.  At age 5 he measured 40" at the hip. 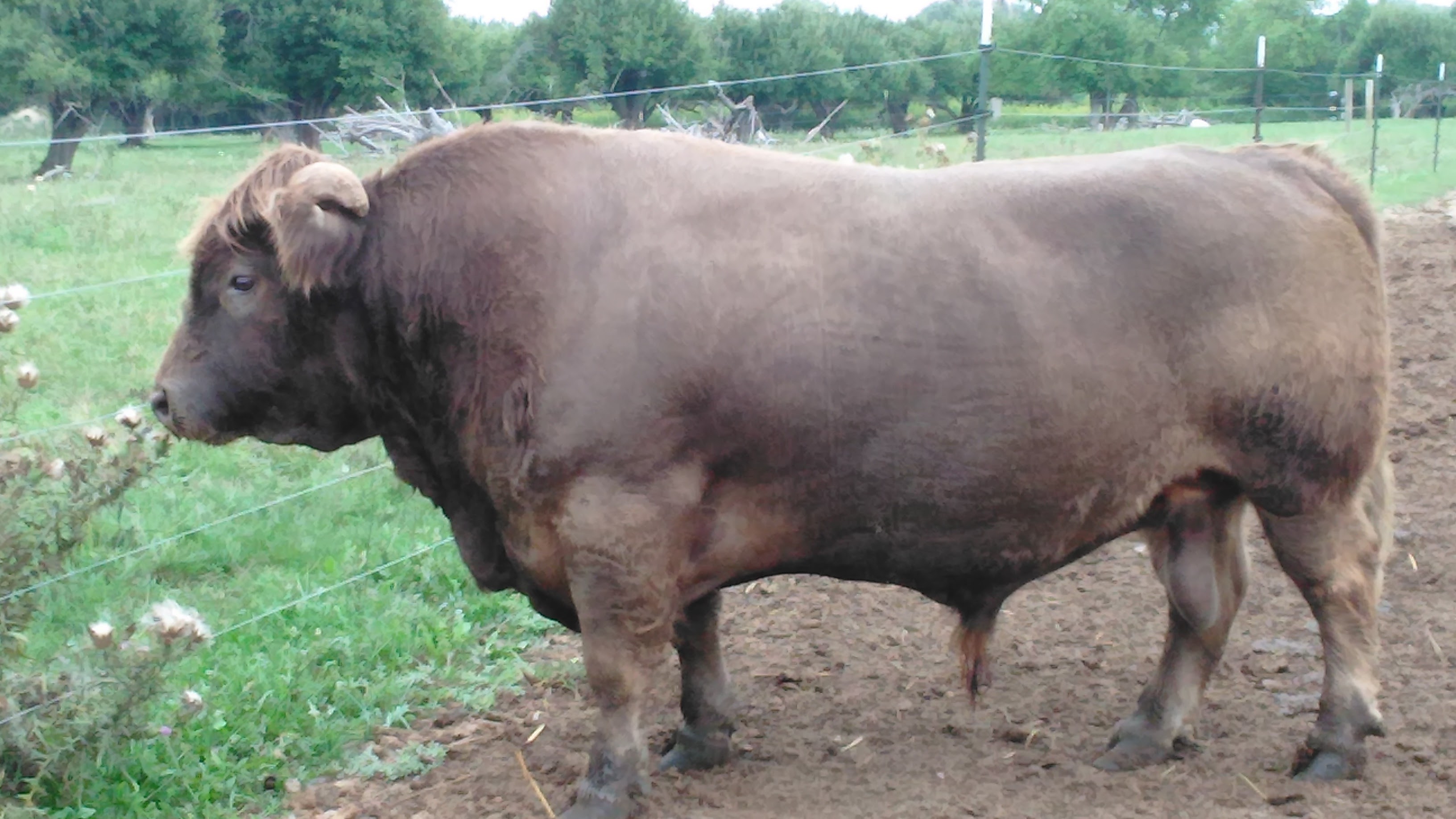 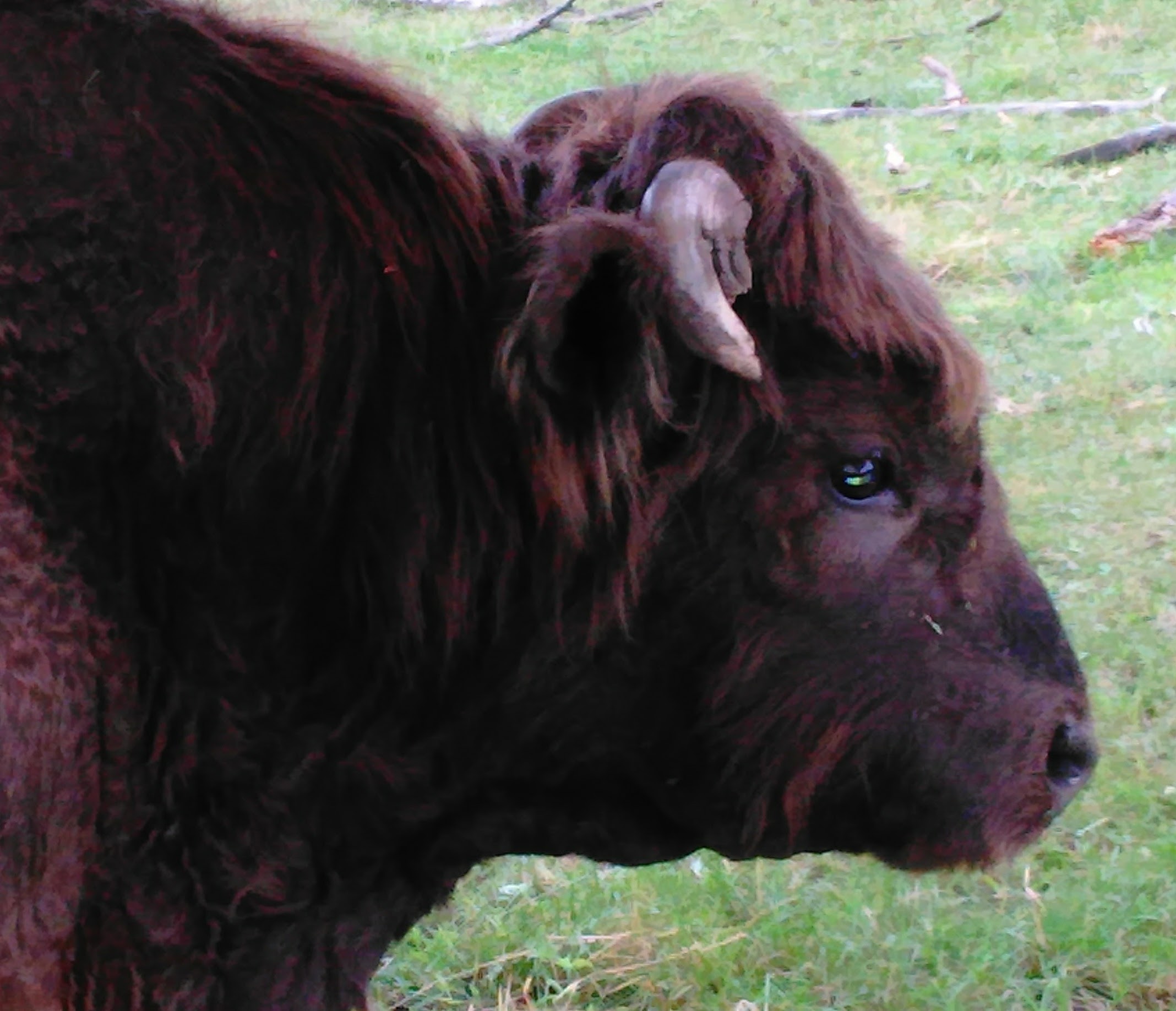 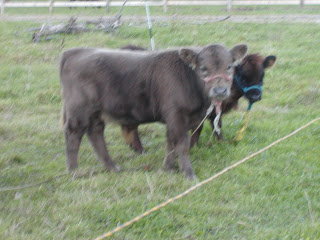 Lakeport TS Thunder is a dun 100% Mini Highland bull.  Born April 11, 2012, Thunder is out of Stormy, sired by Thor.  Measuring in at 37.5" at age 3, Thunder classifies as a size 000 Full Miniature.  Thunder has been shown twice and took best of breed both times.  Stormy has always produced extremely docile and naturally friendly calves and Thunder is no exception.  Thunder has excellent hair and a long and thick dossen.  We have retained Thunder as our Thor spare. 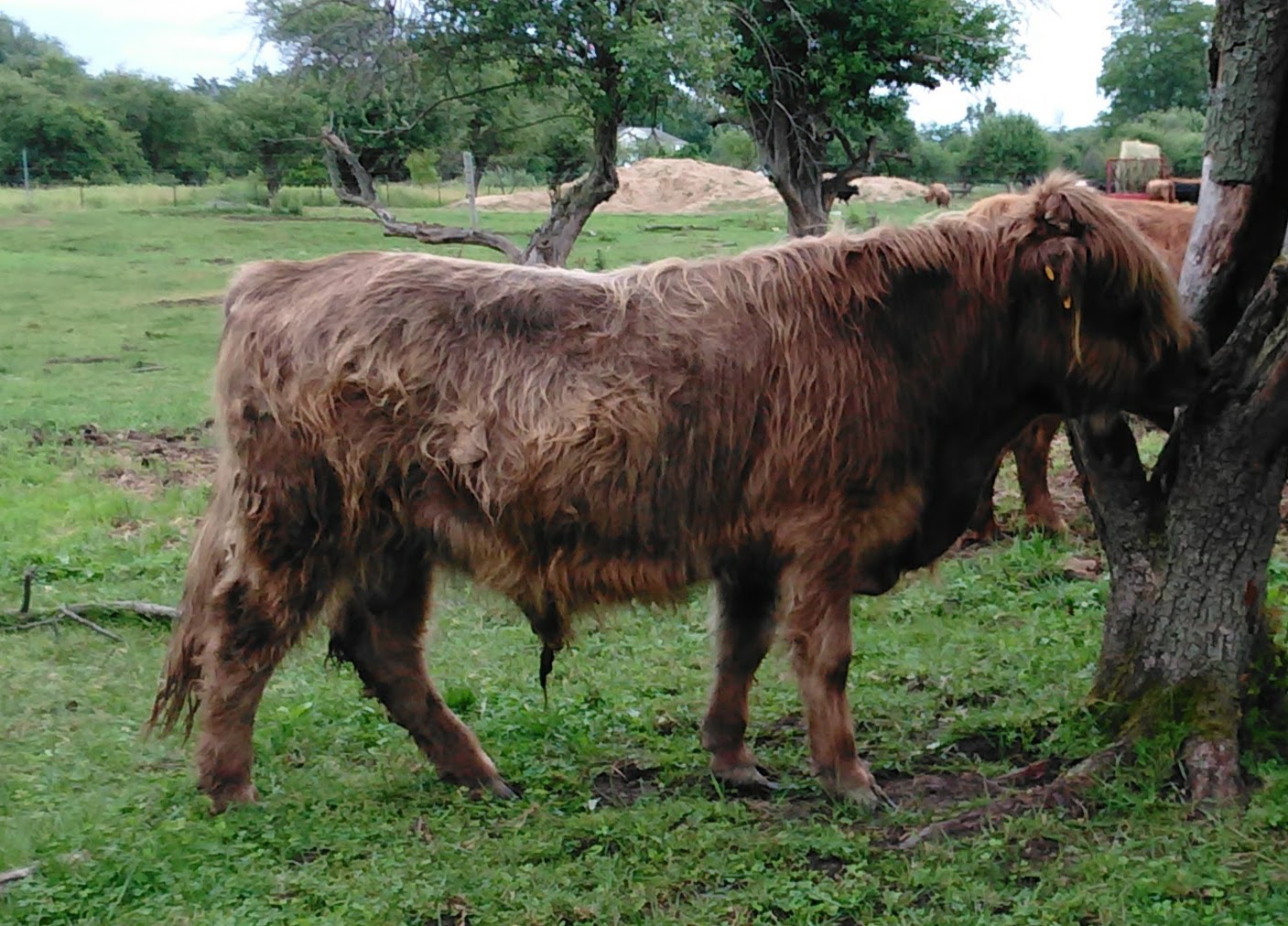 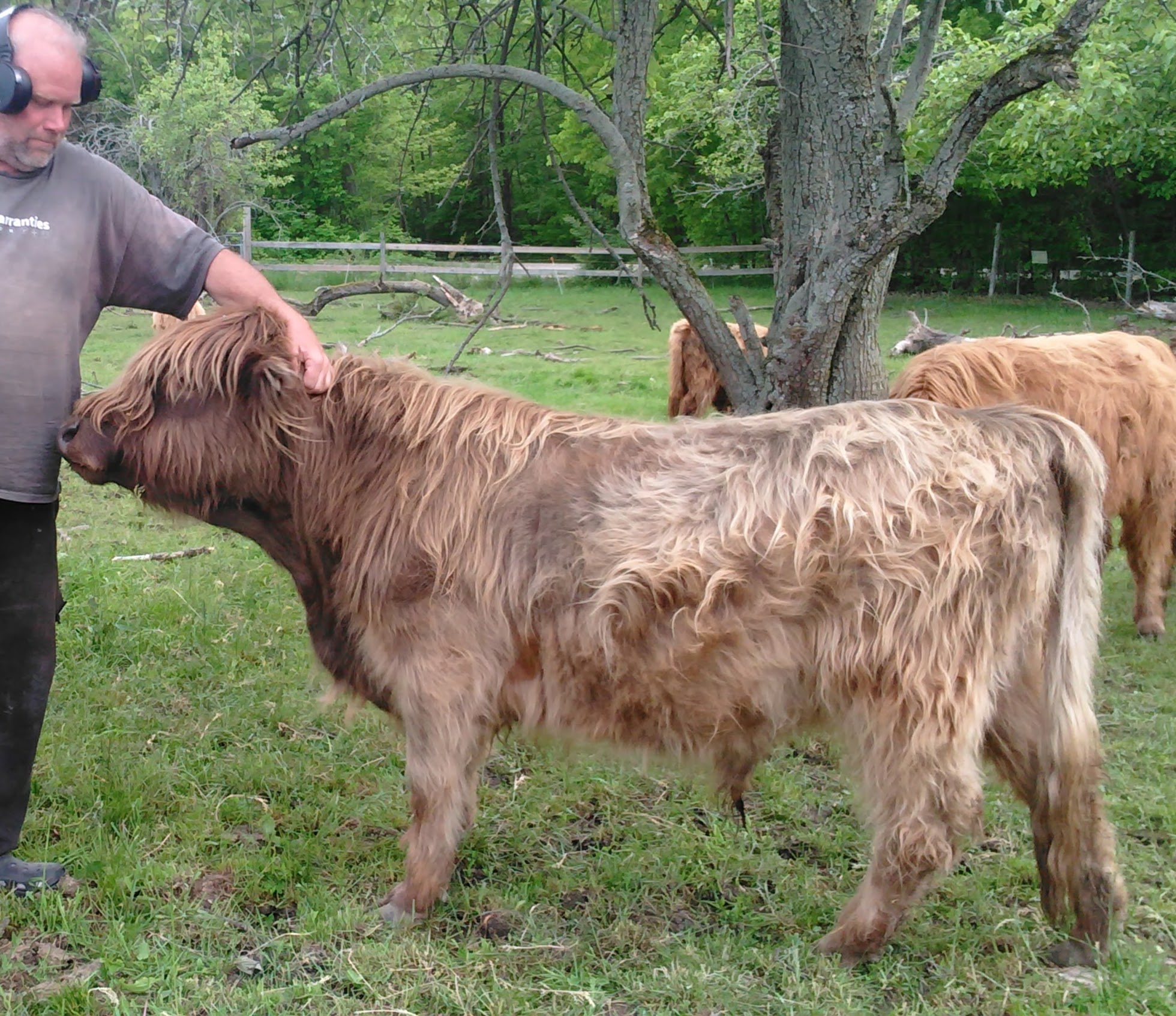 Lakeport RK Midas is an orange brindle Micro Miniature 87.5% Highland 12.5% Dexter bull.  Born December 30, 2015, Midas is out of Kendall, sired by Rusty.  Out of our nicest Mini Highland show cow, Midas has excellent conformation and great hair with a long thick dossen.  Midas has the Dexter chondro dysplasia gene and is a dwarf.  He will remain a full miniature his entire life.  We have been working very hard for many years on our dwarf Highland project, slowly increasing the percentage of Highland while retaining the Dexter chondro dysplasia gene.  Though we began this project with an amazing Dexter bull and Highland cows with excellent type and hair, it took reaching 87.5% before all calves were born truly looking like Highland calves with the thick downy coat and retained that coat as a true Highland.  We have retained Midas and two of his half brothers who also have the Dexter chondro dysplasia gene to breed to our 100% Highland cows, including our full miniature Highland cows and heifers sired by Thor.  Calves out of 100% Highland cows/heifers sired by Midas and his brothers will be 15/16 or 93.75% Highland and 6.25% Dexter. 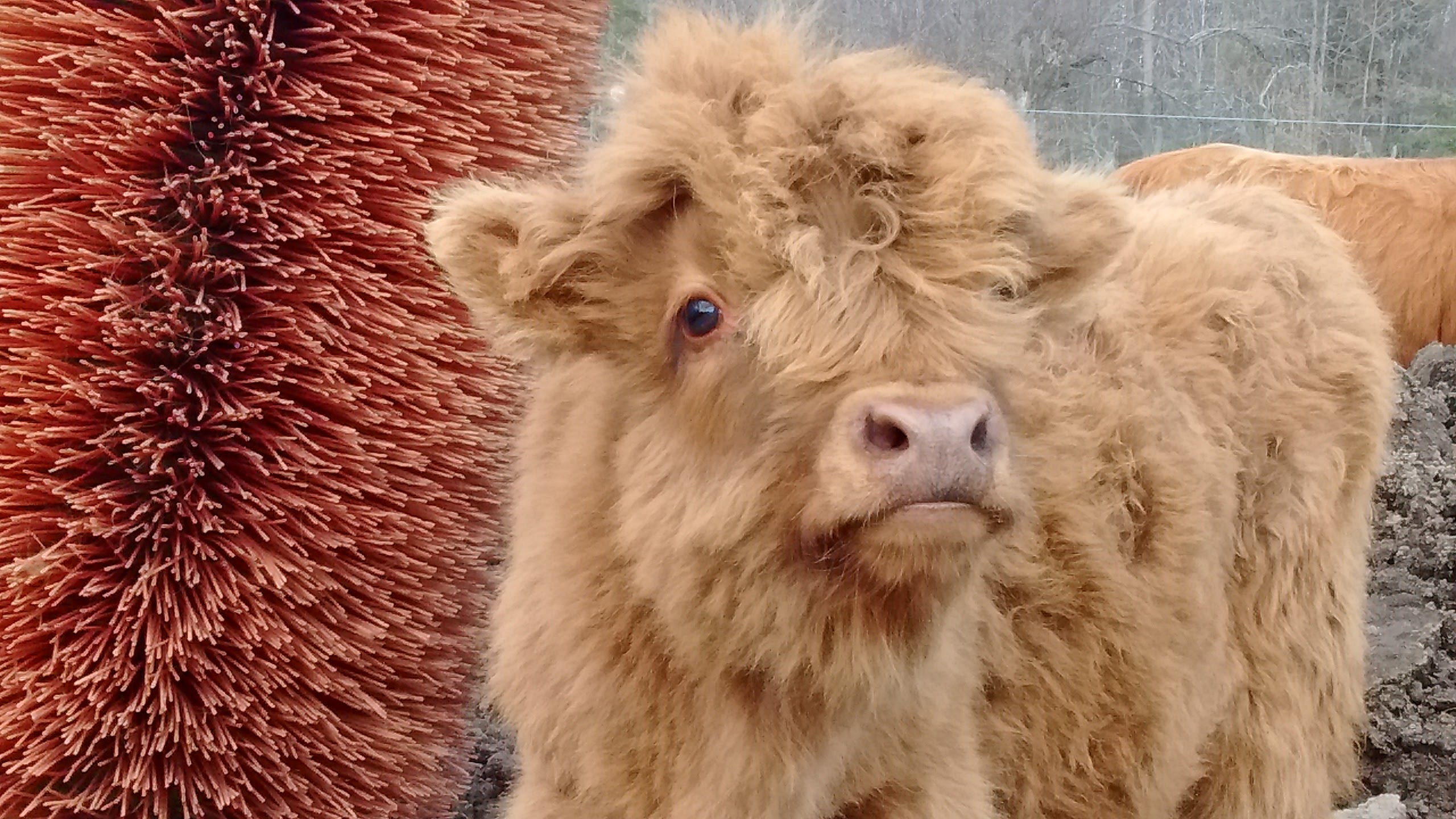 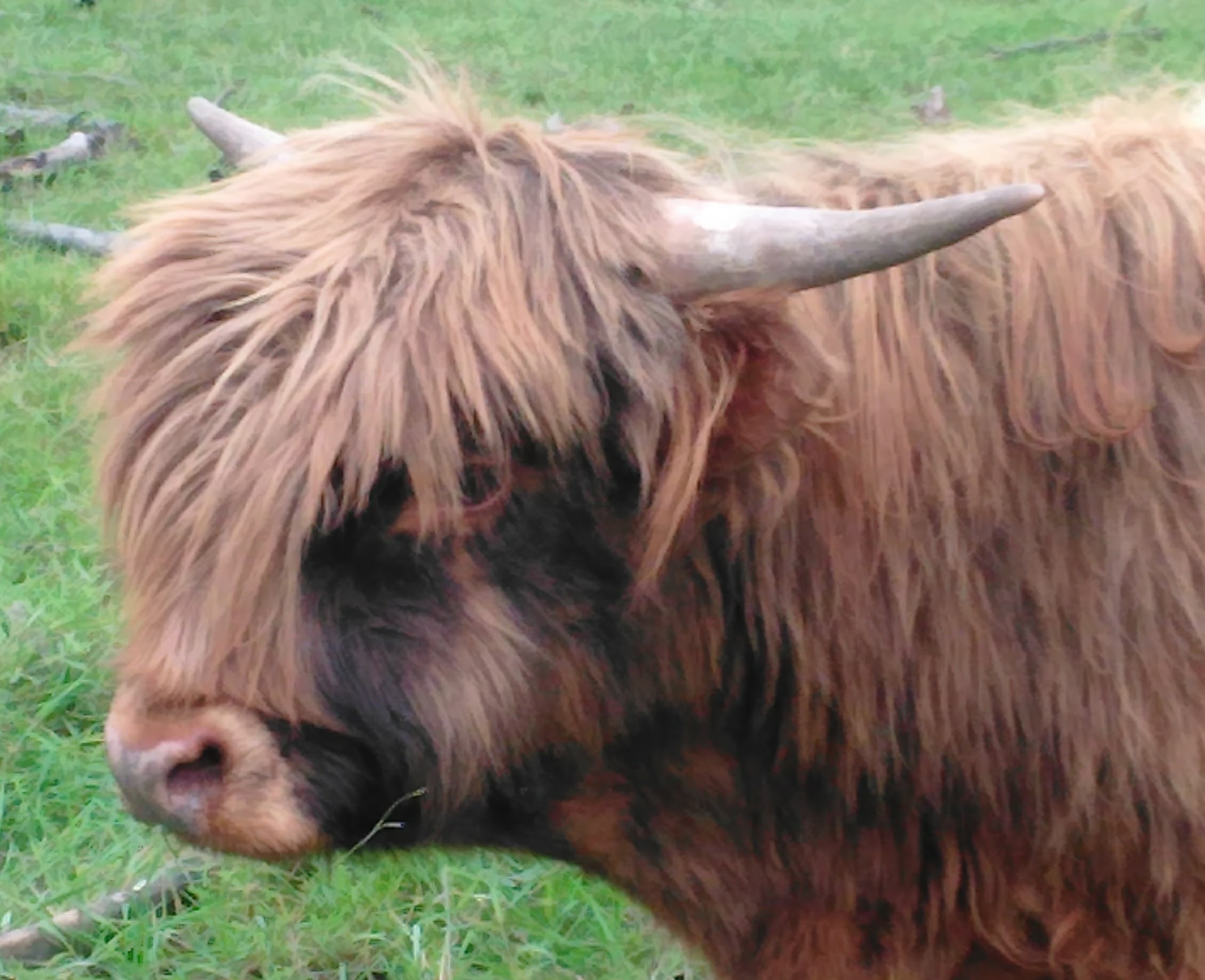 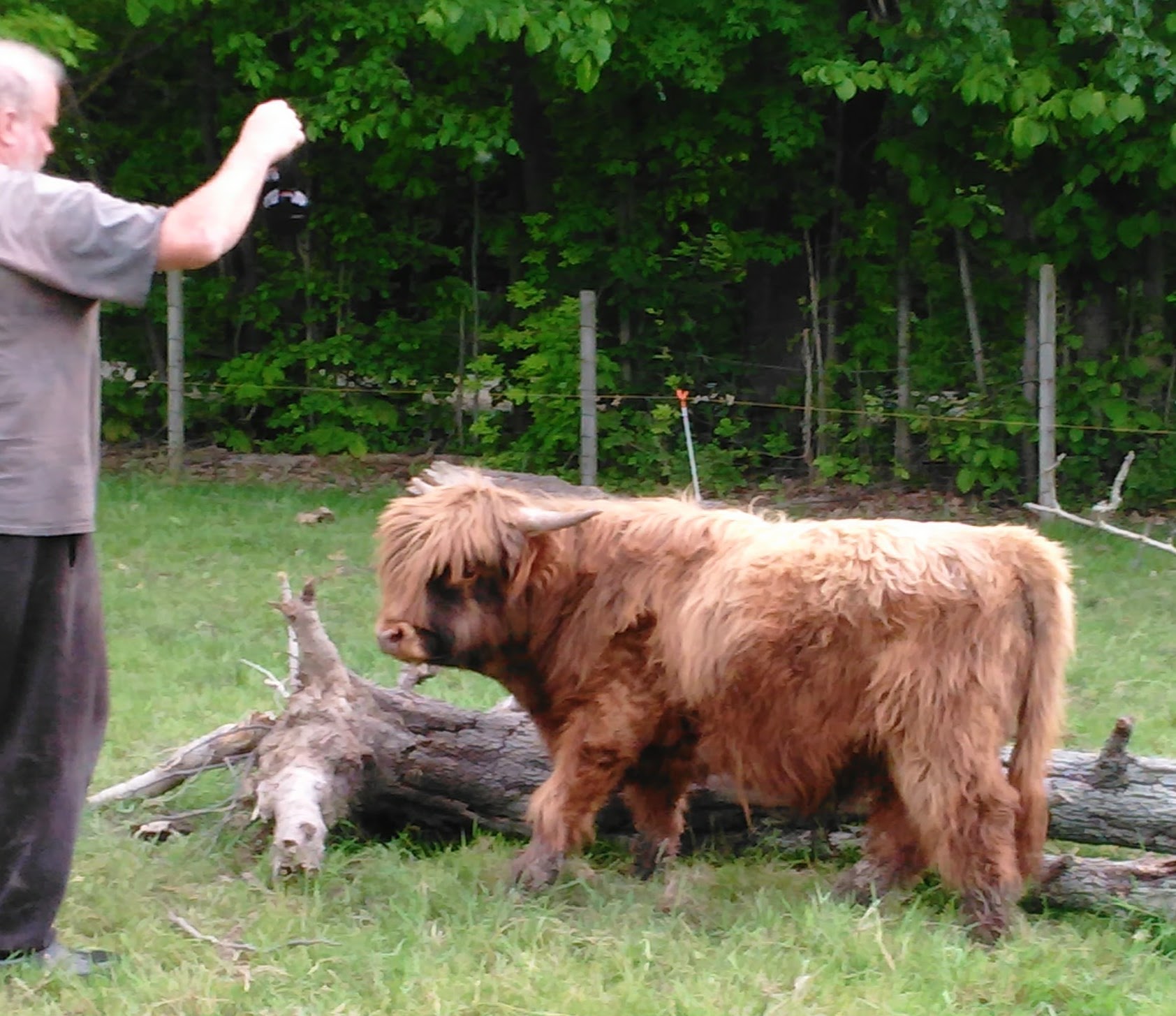 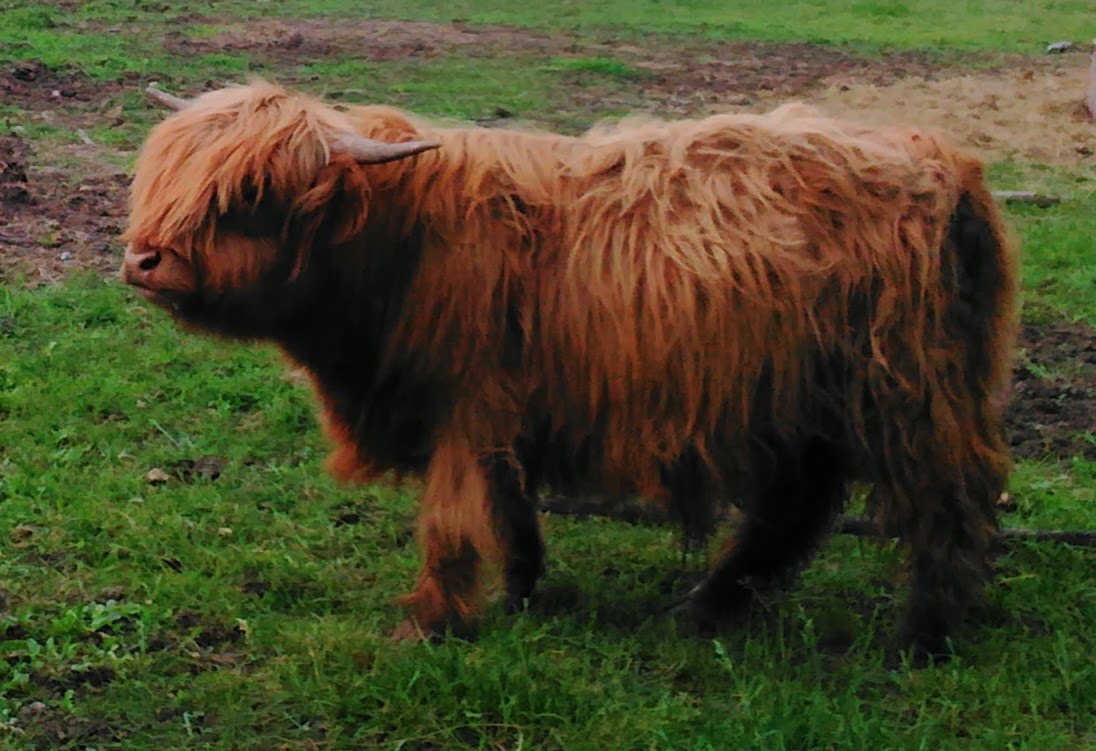 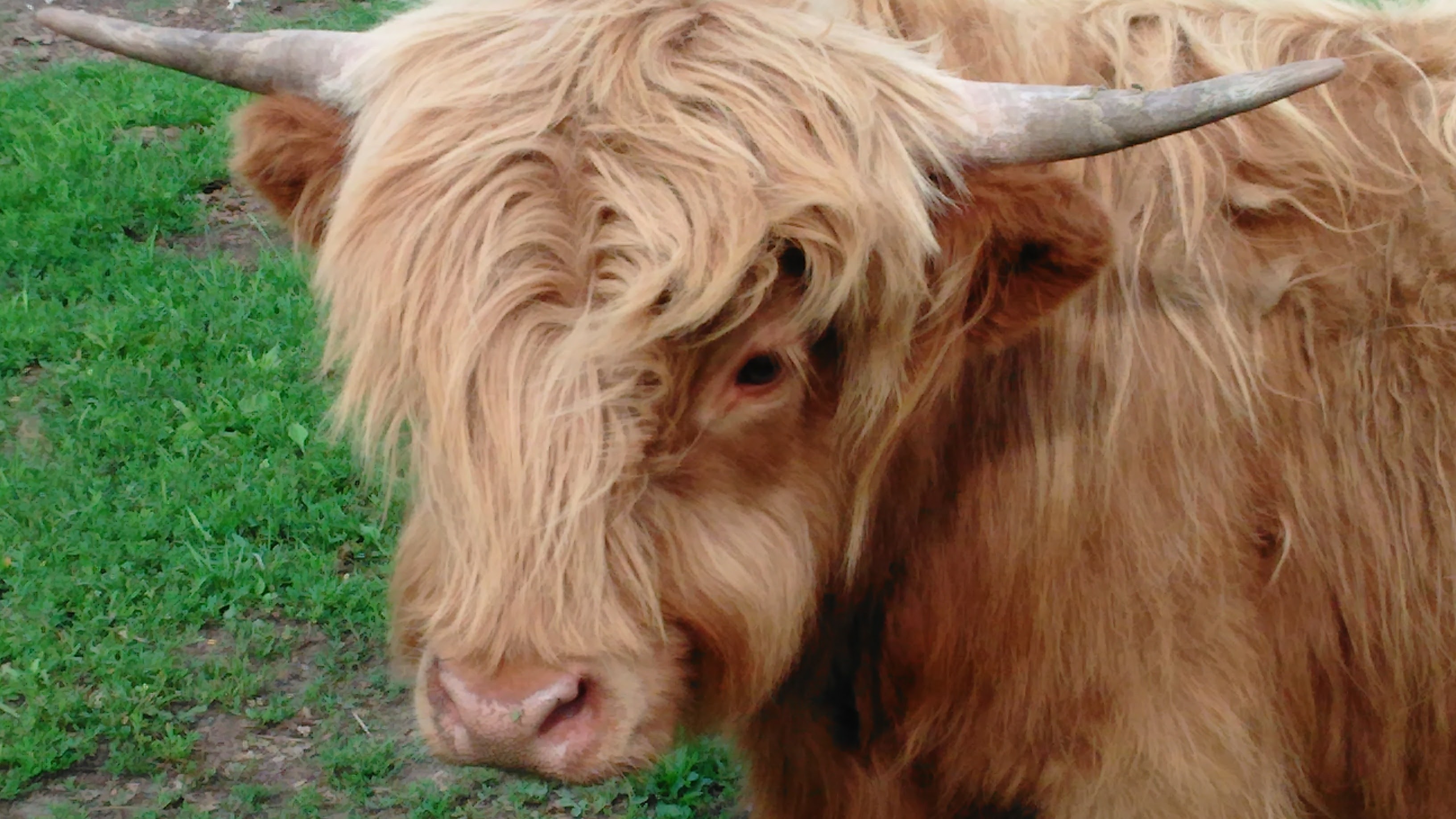 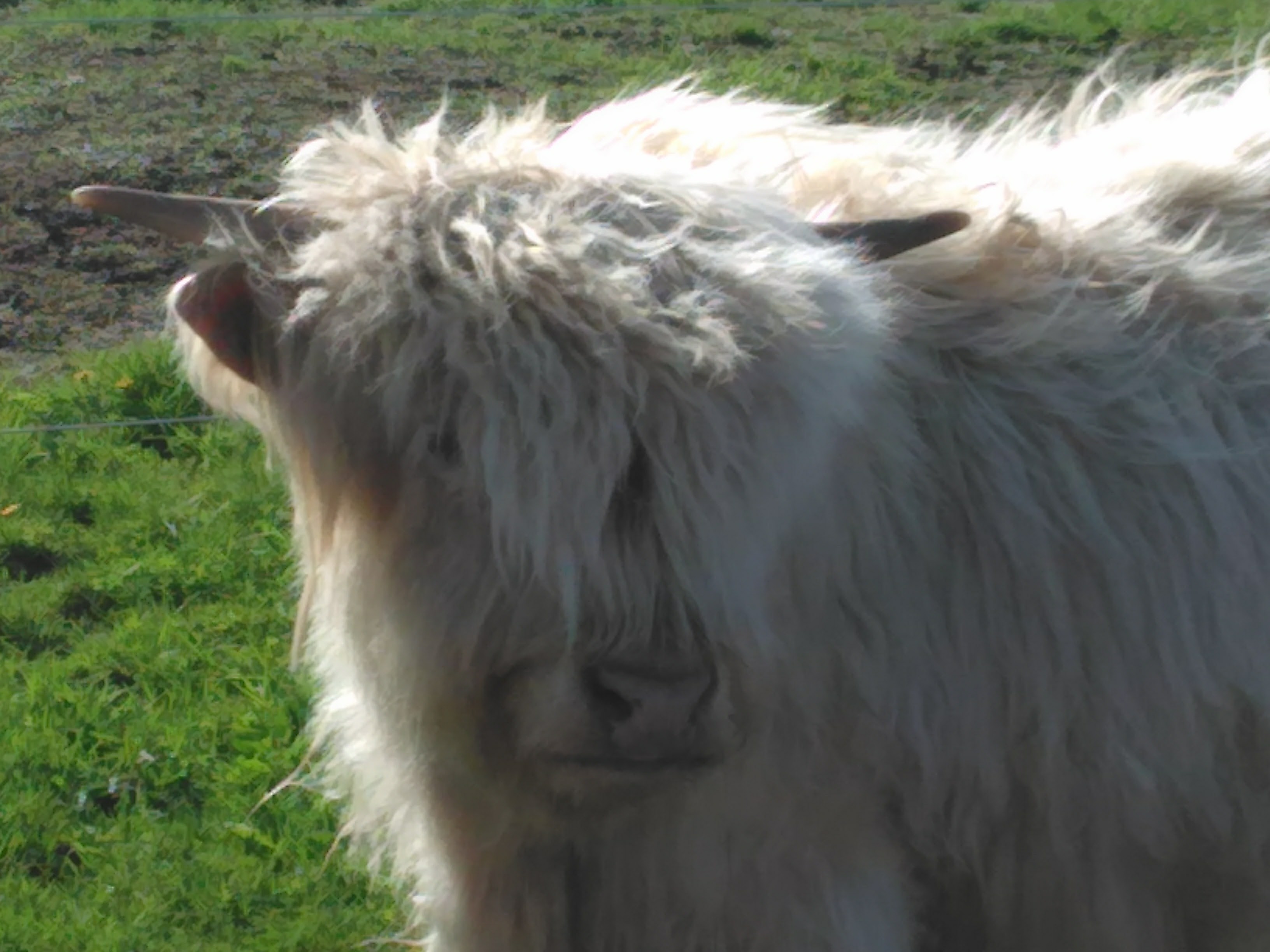 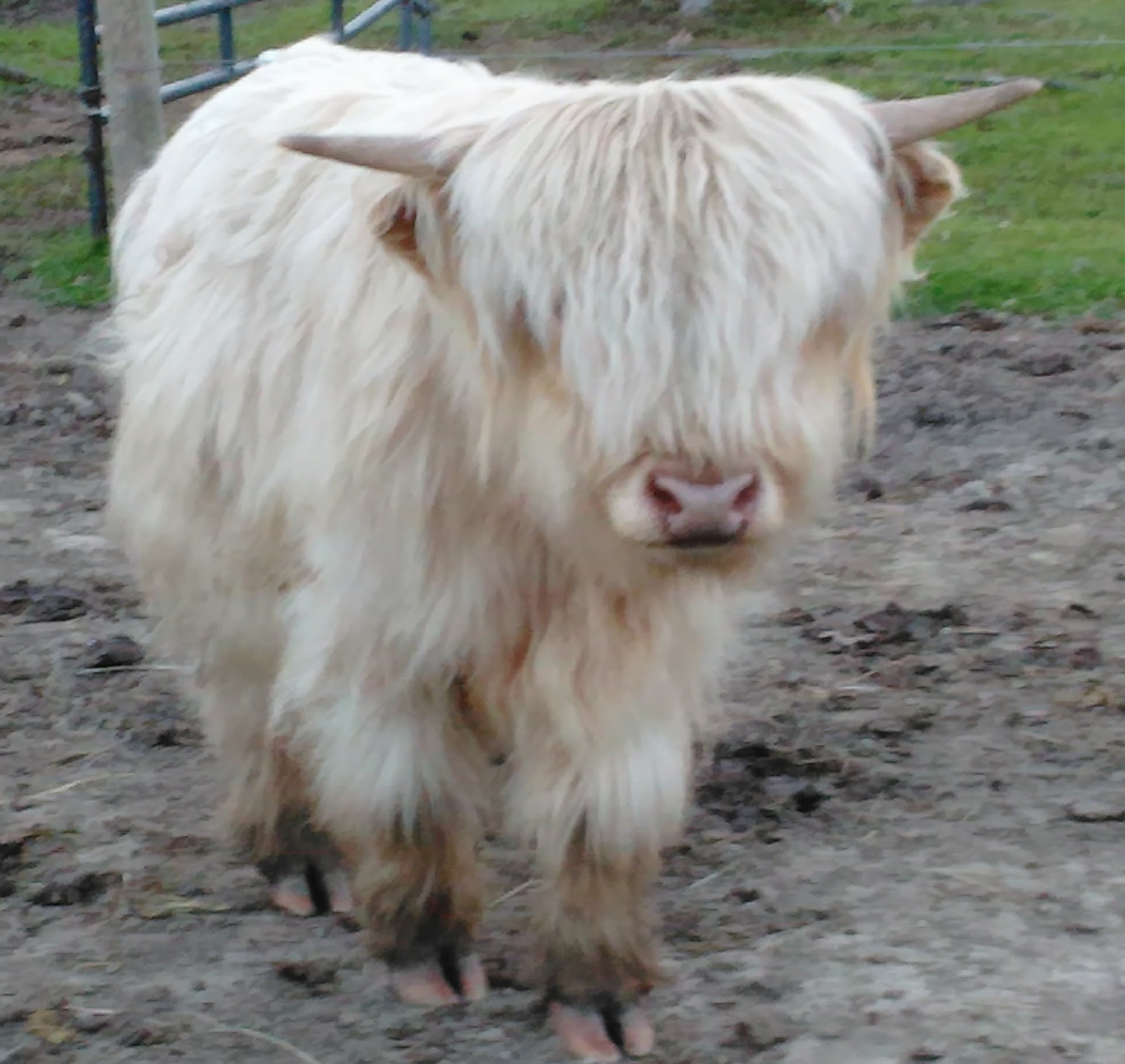 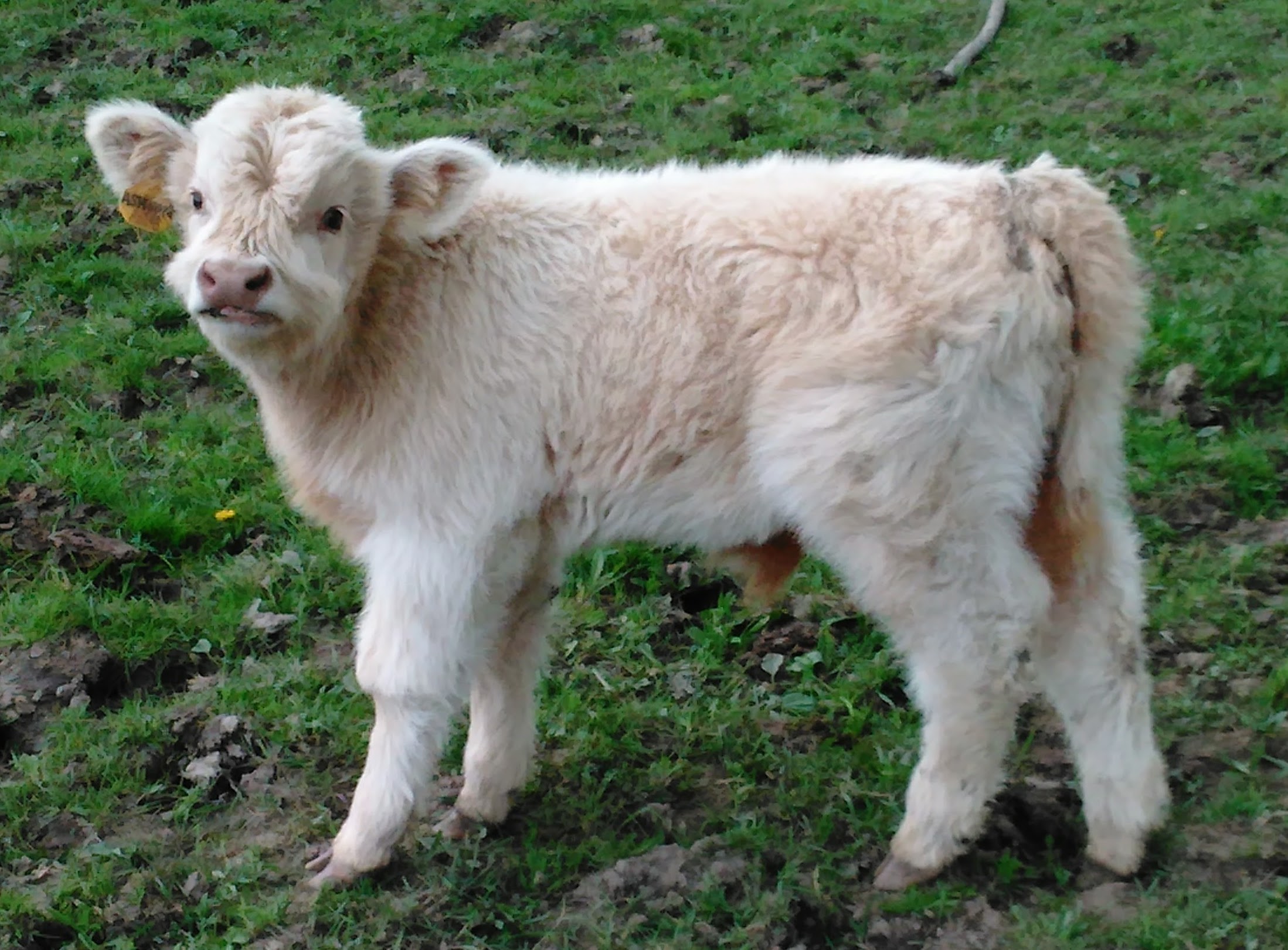 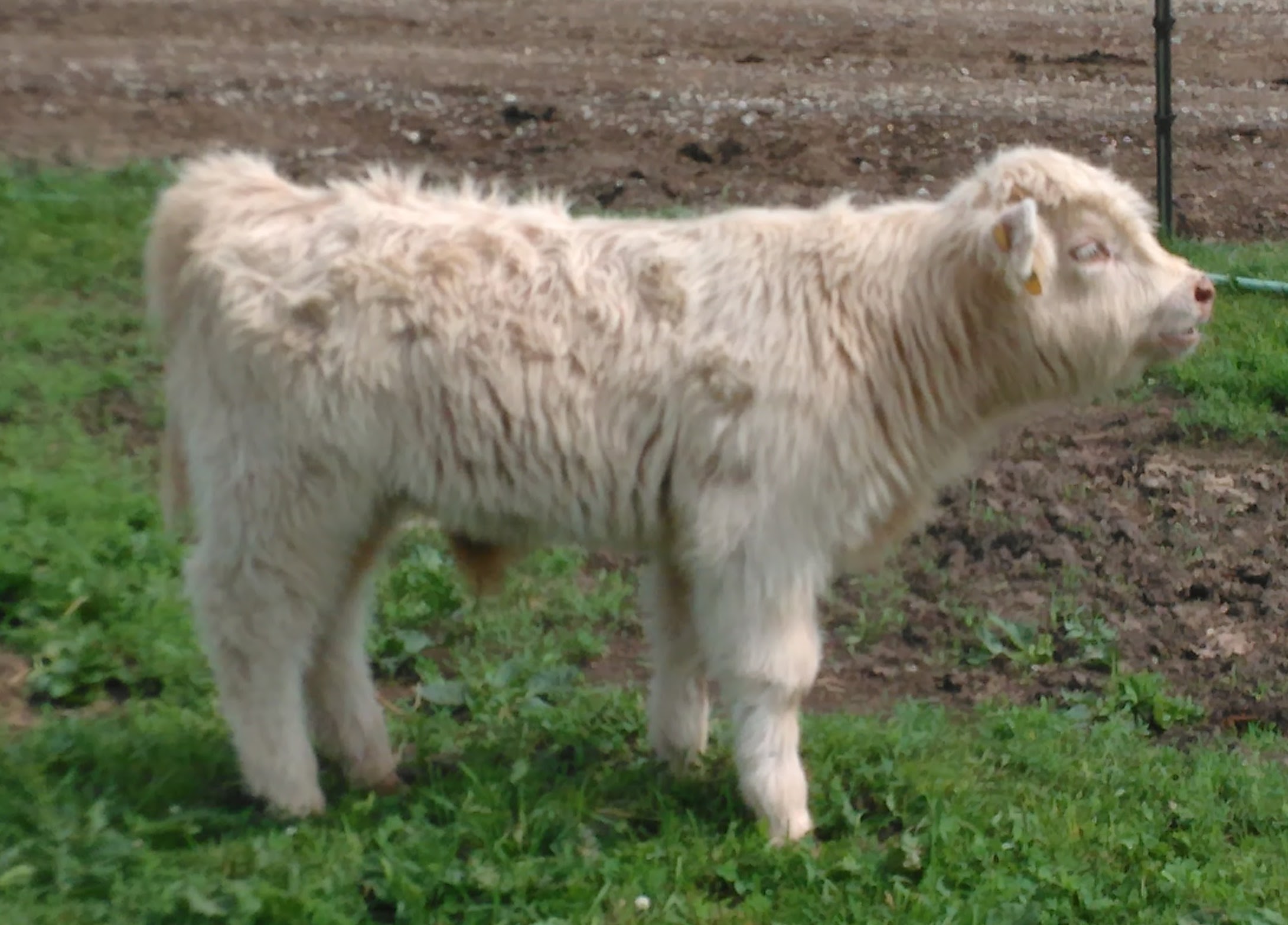